It’s been four weeks since Jackson experienced an historic winter storm. When the weather warmed, decrepit water and sewer pipes across the city began to burst. Tens of thousands of Jacksonians lost their water completely; tens of thousands more lost adequate pressure; the entire city continues to be on a boil water notice. One would hope that it would be unimaginable that residents of the capital city of Mississippi could spend a month with no water to drink, to cook or clean, or to flush toilets. And it would have been unimaginable, if, after decades of malfeasance above-ground and decay below, the disaster wasn’t so entirely predictable. Simply, we cannot deny the ongoing impact of a history rooted in systemic racism and discrimination.

The crumbling infrastructure in Jackson and in cities across the nation is not just a sign of neglect, but a willful policy of official disinvestment towards aging American cities, especially Black ones. A 2020 study by the National Community Reinvestment Coalition found that, in America “most cities and towns were struggling. Their problem was stagnation and disinvestment, not gentrification or displacement.”
For decades, elected officials from around the state have driven to work on Jackson roads, propped up their boots on Jackson desks, and eaten lunches made by Jackson hands while the city’s infrastructure crumbled beneath them. These same legislators have the unmitigated gall to suggest that maybe the city wouldn’t be in so much trouble if it had just done a better job of collecting delinquent water bills. “Clearly their billing system is flawed at best,” said the governor (almost as if Gov. Reeves was unaware of the years-long Siemens debacle that resulted in an $89M settlement for Jackson). It seems the water crisis was an opportunity to finger-point at Jackson leadership while insulting Jackson residents, 80% of whom are Black, with paternalistic rhetoric. “I don’t think there’s any appetite to help Jackson in the form of a handout,” said Rep. Trey Lamar, chairman of the House Ways and Means Committee. 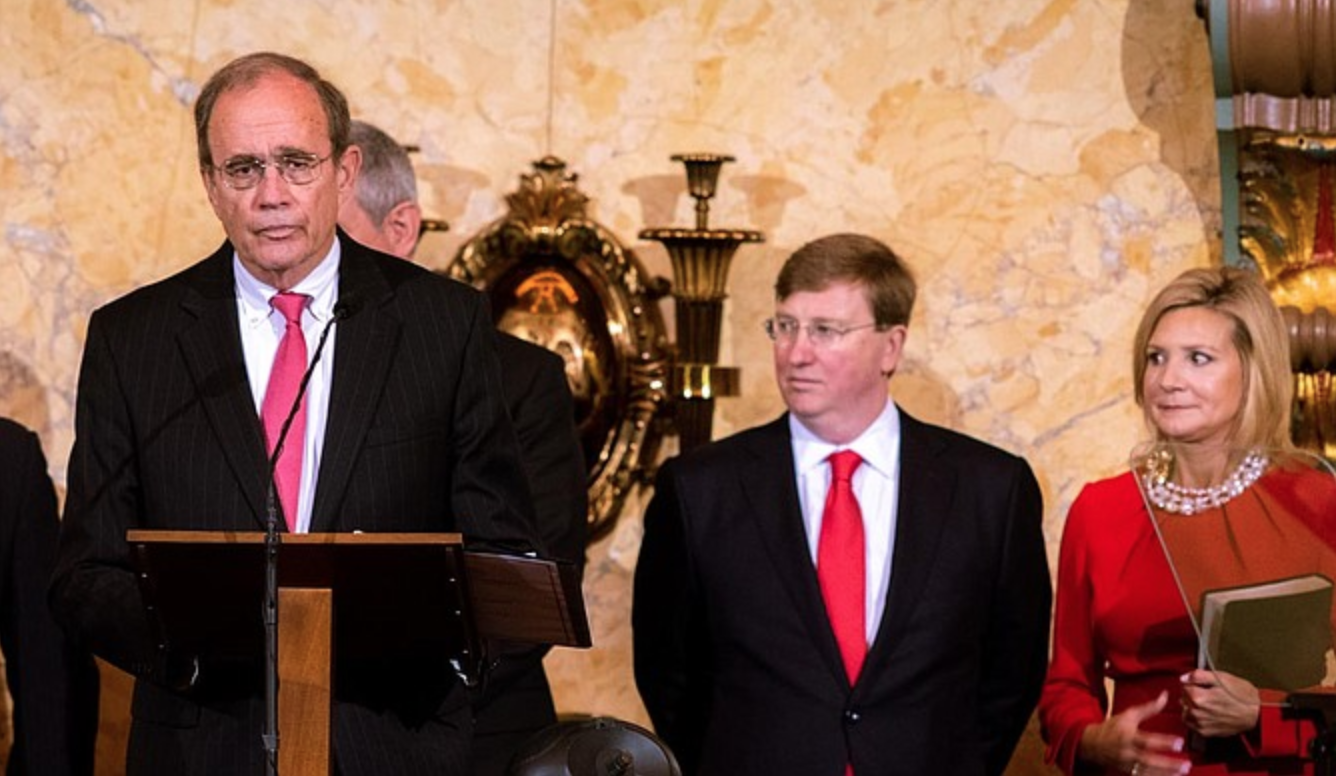 Adding insult to injury, a vast amount of property in Jackson is exempt from property taxation, including both city-owned and state-owned properties. Buildings like the Mississippi State Capitol and the Walter Sillers and E.T. Woolfolk state office buildings – each fundamental to the running of our state government – are all exempt from taxation.

As the government was failing to provide the most basic of human necessities to its tax-paying residents, inside the State Capitol lawmakers – in earnest and oblivious to the irony – were praising the merits of phasing out the state’s personal income tax, which accounts for over 30% of the state’s annual revenue. Such a tax restructuring would undoubtedly make things worse for Jackson residents by increasing the tax burden on the poor; the revenue shortfall alone would make it even more difficult than it already is for the city to address desperately needed improvements.
When Mississippi’s elected officials enact policies that are rigged against the most vulnerable among us, Mississippi Center for Justice steps in. It is our mission to dismantle systems that foster injustice in Mississippi. These systems take many shapes – from the flashy storefront of a predatory lender; to an apartment, emptied and locked, before the ink has had time to dry on the eviction order; to a tax policy that unapologetically benefits the wealthy at the expense of the poor. MCJ will be there.
MCJ works with a coalition of over 20 like-minded state and local advocacy organizations across Mississippi to push back against legislative agendas that threaten Mississippians’ civil rights or push marginalized communities further into poverty. Stand with us to join our fight for justice and equity for ALL Mississippians.